5 Traits Millionaires Share In Common That Can Make You RICH! 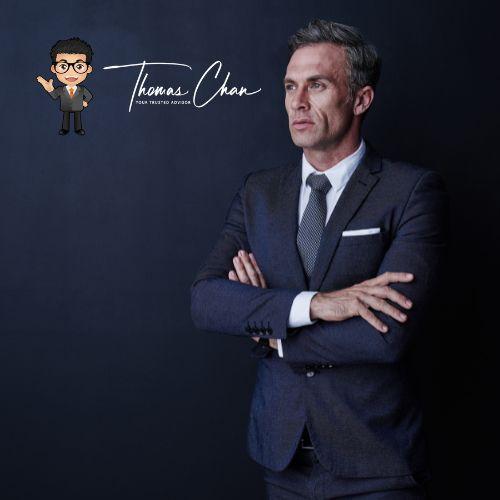 Hey, do you know what it takes to become a millionaire? How do they think, act and save differently compared to the average people? In today’s video, I’m going to share how do the rich get richer and what their secrets are so that one day you may become a millionaire too.

As well as the Traits Millionaires Share In Common. Hey guys, this is Thomas. Better Mindsets, Better Life. Too many people believe that the only way to become a millionaire is to make at least a million dollars a year.

When in reality, the book with the title, The Millionaire Next Door, written by Thomas J. Stanley and William D Danko suggests to us that you can become a millionaire by hard work, self-discipline, and maybe a little bit of money planning. After conducting a survey to more than a thousand millionaires, I will share the top five common traits that the author found among those affluent people.

They all live below their means. One of the biggest secrets to why they can remain rich is mainly because they don’t buy fleshy items. Take wrist watch, for example, most millionaires spend under $250 for their watch, and only 10% of the millionaires spend more than $4,000 on their watch. Yes, that doesn’t sound like the stereotypical millionaires, but remember, financial independence is more important than the social status.

There are so many people who appear to be wealthy, but in reality spend all their monies on keeping up with the latest trend, getting flashy items they don’t actually need, trying to impress people around them. So how do you know if you are on track to becoming a millionaire? To answer this, multiply your age with your pre-tax annual income and divide it by 10. Take Tom for example, he is 50 years old working as an engineer and making $200,000 pre-tax income. We multiply 50 with 200,000. This gives us 10 million.

It’s not hard to Become a Millionaire

We then divide this by 10 and we get a million dollars, which means Tom should have a million dollars in his assets. On the other hand, Mary is 30 years old and she makes $50,000. Her expected wealth should be then around 150,000. What’s her net worth today? You can plug in the numbers to see for yourself back to Mary’s case as it possible for Mary to accumulate wealth in today’s economy. This brings us to trait number three, learn how to play defense. Tony is a doctor who makes 300,000 a year without proper tax planning. 50% of his income goes to the CRA immediately. Then he needs to pay for his

Mortgage, mortgage for his expensive house, the lease payments for his two fancy cars and a couple of nice vacation a year. At the end of the year, he could not save a dime. Therefore, he’s considered as a high income poor person, which the book categorize these individuals as under accumulators of wealth or UAWs for shorts. On the other hand, Joe makes 60,000 a year, but he drives secondhand car only goes on vacation once every two years. As a result, he can save 30,000 a year.

He then invests into an index fund in a tax advantage account such as RRSP or TFSA. Joe is a perfect example of Prodigious accumulators of wealth or PAWs for short. Over time, who will accumulate more wealth? I think the answer is clear. In general, millionaires do play both in offense and defense, where offense is to keep increasing the income where defense is to find ways to reduce spending.

But if you keep letting the spending catch up, which 99% of the UAWs are doing today, you’ll never accumulate wealth. The best offense is to play defense and one of the best defensive strategy is to understand the fact that everything comes with an opportunity cost. PAWs understand the price tag on many items represent way more than what you’re actually paying for. They will think about the opportunity cost, which is the loss of the other alternatives when you choose to pay for something.

Let me explain that. Let’s pretend you drink Starbucks coffee twice a day. You’re enjoying the coffee and the social status from the cup. Say the coffee is $6, 30 days later, you have spent $360 for the month time that by 12, and that’s $4,320 in a year. If we use that money and invest into the market instead with a 10% return per year, that Starbucks fund will turn into 30,000 after five years, $75,000 after 10 years.

Now, do you still want to buy that Starbucks coffee? Leave a comment below on whether you think it’s worth it. That is the opportunity cost of dollar sign, But what about time? Phillip goes to Vegas for music festival every year. He wants to be the money smart guy, so every day he spends two to three hours shopping for the best deal in plane tickets. He also spent a tremendous amount of time studying new headphones, but with the same amount of time he can use it to increase his financial intelligence, like optimizing his income or setting up a household budget.

Does it make sense to spend 40 to 50 hours a week to build wealth but at the same time spend the remaining hours to demolish it? It’s like going on a diet for Monday to Saturday, then going for all you can eat at McDonald’s on Sunday. Trait number five, life and goal planning. Let’s fill in the blanks here. In the next five years, I want to have, in the next 10 years I want to become, what’s your goal like and how much time

Do you spend on planning for your future? 99% of the millionaires are goal oriented and goal driven. They will write down their short term goals, midterm goals and long term goals. They’ll also write them down not only on the computer, but also on a piece of paper and put it in the bathroom so they can see it every day when they wake up. And compared to the average Joe, millionaires easily spend two to three times the amount of time planning for their finance, acquire new skill sets and studying the market trend.

You may think that they’re already millionaires. Why do they still have to plan? The answer is because that’s how they become one and they intend to keep it that way. When you truly love what you do, then it’s not considered as work. Remember, time, energy, and money, are the 3 resources that millionaires will optimize, but the first two are resources that you cannot bank, so please use them wisely.

Guys, if you have been watching until this far, it means that you’re looking for ways to up your game, and I really do appreciate it. Bottom line is becoming a millionaire is not the hardest thing in the world. The key to it is to live below your means and invest wisely. At the end of the day, it’s not about how much you make, what matters most is, how much you can keep in the bank account. If you make a thousand dollars, but spend 1200 a month, you will never, never become wealthy, and that’s what I have for you today. Hey guys, thanks so much for watching.

If you like this video, you can follow this channel by smashing that subscribe button and try watching these two videos too. Every week I will share more on how money works and how you can work with money. See you next week.

Thank you for listening to this video. Make sure to keep up to date with all my video my subscribing to my YouTube Channel!